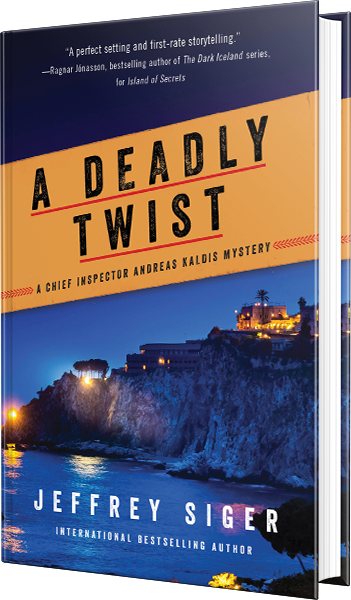 Some crimes can never be forgiven—or atoned for.

When Athens journalist Nikoletta Elia disappears while on assignment on the island of Naxos, her editor calls on Chief Inspector Andreas Kaldis to investigate. Sent to report on the conflict between preservationists and advocates for expanded tourism, Nikoletta is approached by a fan who takes credit for several suspicious deaths she’d reported on in the past. The assassin claims to have abandoned that life, and convinces the reporter to write about him and his murderous exploits for hire.

Kaldis sends his deputy, Yianni, to look into her disappearance when an unidentified body is found at the base of a cliff. Who is the mysterious corpse, and where is Nikoletta? Leads turn into more dead bodies in this twisting tale of greed, corruption, and murder that puts Kaldis, his family, and members of his team in the path of a ruthless killer who will stop at nothing to keep dark secrets buried—forever.

… the real star of the novel is the breathtaking, history-steeped island itself…perfect for the armchair traveler.
—Reader’s Digest Select Editions

Reading a novel in this series is always a treat. There is so much to like: great characters, and an intriguing story line and a wonderful setting.
—Deadly Pleasures, A-Rating
[A Deadly Twist is] required reading.
—New York Post
Jeffrey Siger has earned a devoted fanbase with his dreamy Greek island depictions.
—Athens Insider Magazine
Jeffrey Siger is a wonderful storyteller whose love of Greece is infectious.
—Deadly Pleasures Magazine (Steele Curry)
Armchair travelers are in for a special treat…an enjoyable first step for appreciating this special foreign locale.
—New York Journal of Books
Uncanny ability to predict crises that are addressed in his novels a year or two before they become harsh realities.
—BookReporter

“Siger’s latest novel (after The Mykonos Mob) is as insightful as earlier ones concerning the problems in Greece. Followers of the series will relish a reunion with Kaldis and a group of friends in an engrossing procedural. New readers will discover the gorgeous aspects of Greek life in a mystery.”
—Library Journal, Starred Review

“As always, Siger keeps readers turning the pages with ingenious plot twists and delicious description of the Greek isles, while the compelling Andreas remains an engaging, multifaceted lead character.”
—Booklist

“The disappearance of journalist Nikoletta Elia while on assignment on the Greek island of Naxos drives Siger’s charming 11th mystery featuring Chief Insp… Siger balances the conflict that fuels the plot with vivid descriptions of the culture, food, and glorious settings of this off-the-beaten-track Greek island. Endearing supporting characters add to the fun. Travel buffs will be enchanted.”
—Publishers Weekly

“Simmering tensions between tourism advocates and farmers reach a boiling point when a reporter goes missing… Siger’s pace is leisurely but includes many quirky splashes of local color. Though Andreas looms large, all the series regulars get their time in the sun. Reading Kaldis’ amiable 11th case is like visiting old friends.”
—Kirkus Reviews

“The mystery is gripping and the characters are colorful—but the real star of the novel is the breathtaking, history-steeped island itself… perfect for the armchair traveler.”
—Reader’s Digest Select Editions

“Jeffrey Siger has earned a devoted fanbase with his dreamy Greek island depictions that sit side by side with his fictional exposés of the seamier side of island life…when it comes to switching up the carefree trope of the sun-drenched Greek island, mystery writer Jeffrey Siger regularly gets away with murder. In his latest page-turning thriller—A Deadly Twist—Siger has planted the fertile island of Naxos—fabled home of Dionysus—firmly in his cross-hairs.”
—Athens Insider Magazine

“Well, I’ve just finished Jeffrey Siger’s latest most excellent crime novel, A Deadly Twist, and my question to you all is this: If you haven’t read his Greece-based Chief Inspector Andreas Kaldis mysteries, why not? … They’re great books, so begin at the beginning … and I have to say in A Deadly Twist, the last sentence blew off my socks.”
—Brendan DuBois

“Armchair travelers are in for a special treat… an enjoyable first step for appreciating this special foreign locale.”
—New York Journal of Books

“A Deadly Twist is full of local flavor as well as suspense and enough twists and turns to keep mystery readers happily turning the pages. I can’t wait to read some of the other books in this series.”
—Seattle Book Review

“Uncanny ability to predict crises that are addressed in his novels a year or two before they become harsh realities.”
—BookReporter

“I’ve run out of adjectives to describe Jeff’s books! I’ve loved each one of them…once you read one, you’ll want to read them all.”
—My Greek Reads (Maria A. Karamitsos)

“Menacing, atmospheric, and engaging! … the prose is crisp and rich. The characters are intelligent, resourceful, and endearing. And the plot, including all the subplots, intertwine and unravel seamlessly into a … solid, absorbing, highly enjoyable tale … with a wonderful cast of characters I can’t wait to get to know better.”
—What’s Better Than Books

“There are as many twists as a pretzel right up to the very last line… It is a wonderful look at culture and family with mystery thrown in as a bonus.”
—Looks at Books

“Once again, Jeffrey Siger has his fingers on the pulse of the world…[and] puts the Greek islands under a spotlight… The last page, the last paragraph, of this book is a killer.”
—Lesa’s Book Critiques

“If you enjoy mysteries with an excellent sense of place, characters that can make you laugh and cry, mysteries that keep you guessing, and high octane action, pick up one of Jeffrey Siger’s Andreas Kaldis mysteries.”
—Kittling Books

“The plot is great, the book is full of action and the author keeps you guessing until the last page. Add to that…his beautiful description of the landscapes. And last but not least, like in every book of the series, you will learn a lot about Greece, the history, the myths, the politics… and the food.”
—Sapsila63

“The key to getting away with what I do is lacking any possible motive. Motive’s the first thing cops look for. Which is why I’ve never taken a job that could tie me to a target, no matter how tenuous the link or big the payday. I’m a conservative businessman, and if my work has taught me anything, it’s that fast money comes with excessive risk. It’s the gradual accumulation of wealth that makes a person secure in old age, and that’s what I’m aiming for.”

Chief Inspector Andreas Kaldis sat in his office in Greece’s Central Police Headquarters in Athens (better known as GADA) reading and rereading a front-page newspaper article that opened with that paragraph.

A reporter named Nikoletta Elia claimed to have landed an exclusive interview with “the computer underground’s most successful hacker” while on holiday on the Greek island of Naxos. Andreas took it to be a made-up story, likely pieced together by a seriously hungover reporter following an all-night booze session with some braggart trying to impress his bar mates with tales of international intrigue.

Strangers admit to weird things late at night in island bars, but this confession made no sense. It was inconceivable to Andreas that a “conservative” computer hacker who wanted to make it to “old age” would be stupid enough to open up about his business to anyone, let alone a reporter, about how he used his elite hacking skills on behalf of clients to ravage businesses, steal state secrets, and mask murders behind accidental equipment malfunctions.

Conventional wisdom holds early summer in Greece to be a beautiful time of year. The water is warm, the winds are mild, and the tourists are better behaved. But as far as Andreas Kaldis’s workload was concerned, he saw little difference from season to season. The nation’s criminal underbelly never seemed to go on holiday.

Nor do the phones.

He waited for Maggie to answer.

“It’s the managing editor of your favorite newspaper,” Maggie bellowed in from her desk outside Andreas’s open office door. “And he’s in his usual foul mood.”

“Great, just what I need to make my day.” Andreas picked up the phone. “Hi, Gio—”

Andreas wondered if Giorgos Pappas had purposely patterned his abrupt telephone style after the curmudgeonly stereotypes popularized in film and TV. Though it could be grating, Andreas viewed it as an act—like the cowardly lion in The Wizard of Oz— and liked the newspaperman.

“What a pleasant surprise, Giorgos. To what do I owe the honor of this call?”

“I need you to find my reporter.”

“I beg your pardon? What reporter?”

“Nikoletta Elia. She should have been in my office hours ago, but isn’t.”

Andreas wanted to ask Pappas if he’d been drinking but decided to play along for a bit longer. “Do you think something’s happened to her?”

“Of course I do. Otherwise why would I be calling you to find one of my reporters?”

“What do you think happened?”

“Damn it, man. If I knew, I wouldn’t be calling you.” Andreas counted to three.

“Giorgos. If you want my help, back off.” He paused for Pappas’s response. None came, so he continued. “Why do you think her being a few hours late for work involves something that would interest the police?”

“Five days ago, we published a story she wrote about a mysterious computer pro operating on the Dark Web. It sent cops all over Europe scouring through their closed files, looking for clues to who he might be.”

“Yes, I recognized her name. But what makes you think something’s happened to her?”

“We agreed that she’d stay on Naxos until today to finish up a story on the push to expand tourism there. When she didn’t show up in the office this morning, I tried calling her but my calls kept going into voicemail.” He paused. “So, I called her hotel to see if she’d left yet. I was told she’d not checked out, and when I asked to be put through to her room, again there was no answer. I convinced the manager to check if she was there. He said she wasn’t, but her things were.”

“Please excuse the indelicacy of this question, but perhaps she spent the night elsewhere?”

“I thought the same thing, but her mobile was next to her bed, and she’d never go anywhere without it.”

“I’m not done yet. I haven’t told you about the body?” 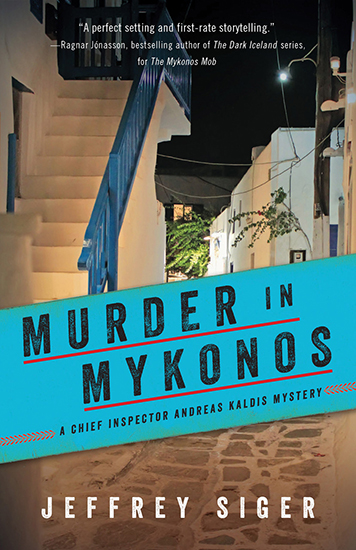 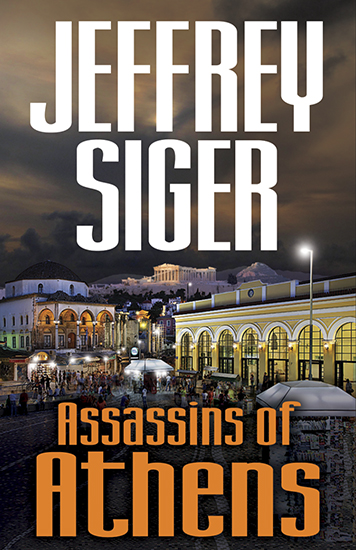 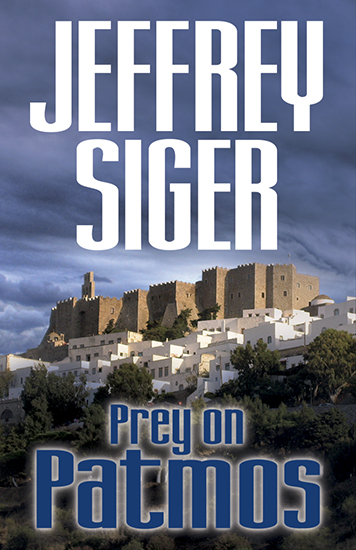 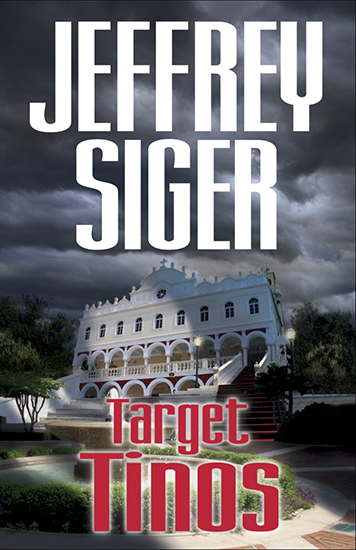 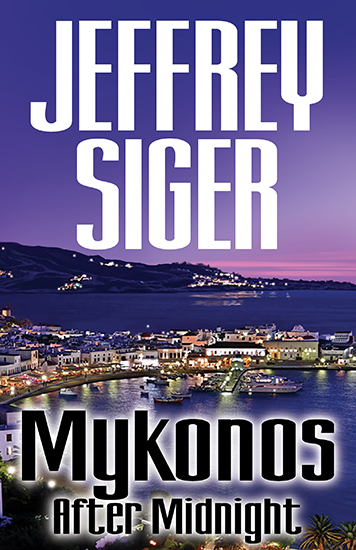 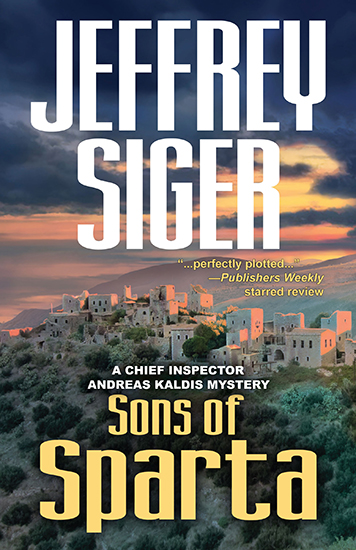 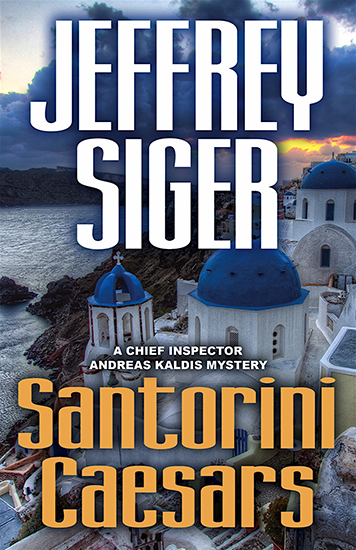 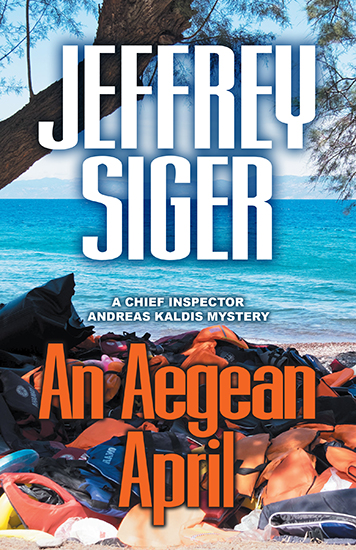 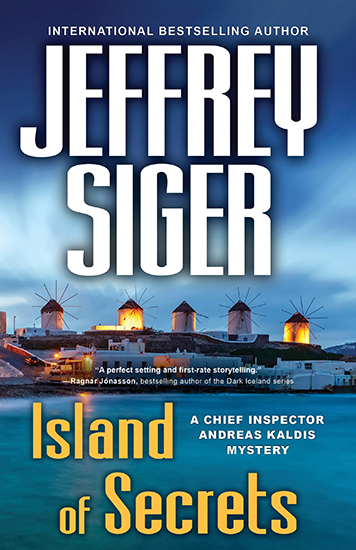 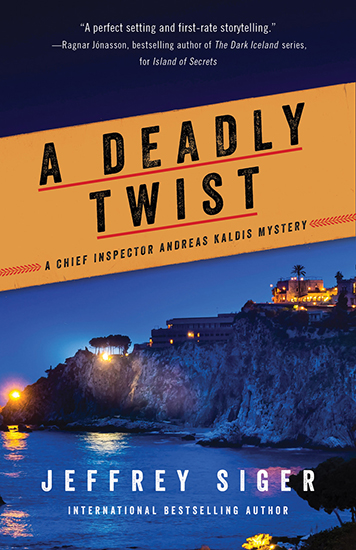 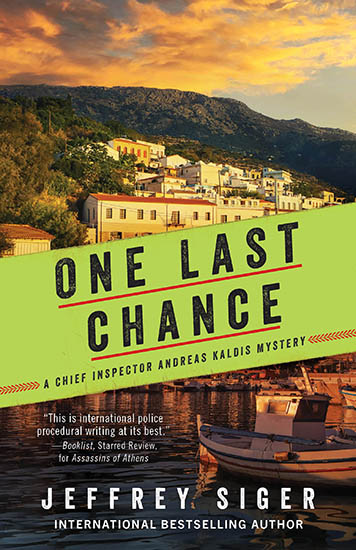